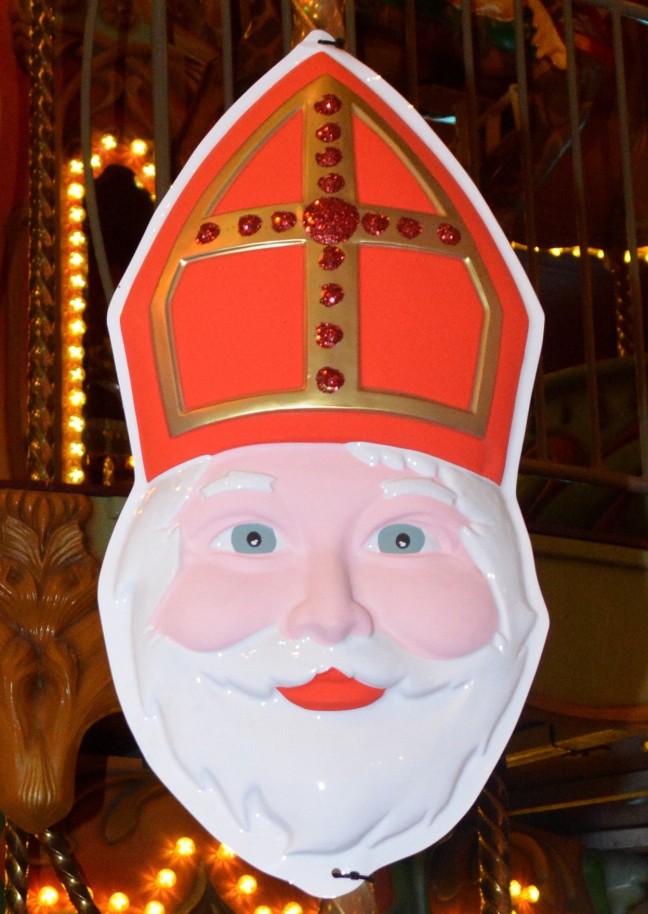 Who is the man with a long white beard in December?

In many countries, there are two answers to that question: Santa Claus and St. Nicholas.

Unlike Santa, St. Nicholas was a real person born in the third century in what’s now Turkey. He was a bishop who became a Christian saint in the late 10th century.

In Germany, St. Nicholas Day isn’t a public holiday, but it’s celebrated widely. On the eve of St. Nicholas Day, or Nikolaustag, which is tonight (Dec. 5), children in Germany place their boots or hang stockings outside their door. On the morning of Dec. 6, children (who have been good) wake to find their boots or stockings filled with chocolate, cookies, nuts or small gifts like a scarf.

St. Nicholas Day has a dark side. A folkloric helper called Knecht Ruprecht in Germany, or Krampus in some Central European countries, often accompanies St. Nicholas to punish naughty children. The half-goat, half-demon creature usually is portrayed as dark and hairy with horns, cloven hooves and a long, pointed tongue.  The mythological figure inspired a yuletide horror movie called “Krampus” in 2015.

In comparison, St. Nicholas often is portrayed as an elderly, benevolent soul, with a long, white beard, wearing a bishop’s mitre (a tall headdress) and holding a hooked staff.

Note: The featured photo at top is by Ben Kerckx via Pixabay.