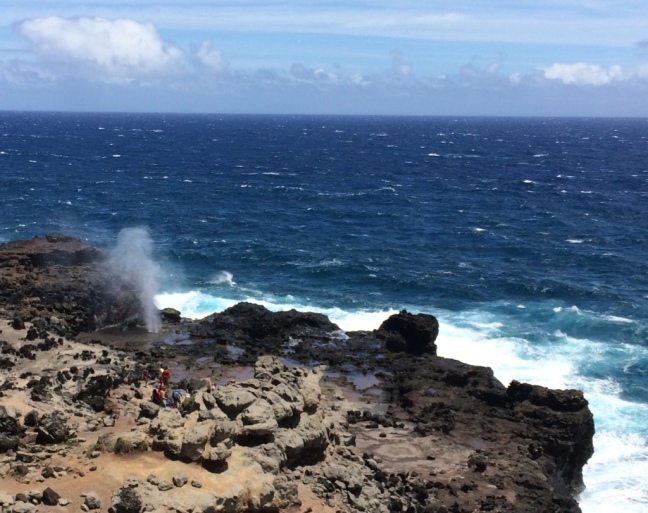 Note: Links to other posts at end.

As an island, Maui’s hiking options range from easy-to-walk paths to challenging climbs. They’re all free.

Here are some of my favorites:

Ka’anapali Beach Walkway: The 2.7-mile out-and-back trail north of Lahaina contains sections that are paved, packed dirt and boardwalk. The palm tree-lined path is mostly flat with beautiful views of the beach and many beachfront resorts, such as the Black Rock Sheraton. The trail runs south through Wahikuli State Park and along the waterfront in Lahaina village.

Wailea Coastal Nature Trail: This 1.5-mile, out-and-back trail near Kihei offers beautiful wildflowers and vistas. This easy walk on a paved path winds by five beaches and stunning views of four islands — West Maui, Lanai, Kahoolawe and Molokini. You may see sea turtles along the shore or humpback whales in the ocean during season. It gets busy, so consider walking in early morning or late afternoon.

Kapalua Resort trails: The resort provides access to miles of coastal and mountain trails. Kapalua Coastal Trail is a pretty 3.5-mile trail (round trip) that runs north from Kapalua Bay Beach through the Ritz-Carlton to DT Fleming Beach Park. Village Walking Trails is a network of six paths that go from Kapalua Village Center along the golf cart path of a former golf course.

Hike to Nakalele Blowhole: A roughly 1-mile walk leads to a hole in the ground linked to a partially submerged ocean cave. When waves crash into the rocks, water is pushed through the hole to spout up to 100 feet into the air. There isn’t really a trail; just make your way across the rugged lava rock landscape. You don’t have to hike right up to the blowhole to see its geyser-like eruptions. There also are tidepools, stunning ocean views and odd-shaped rock formations. It’s about a 35-minute drive from Lahaina to the blowhole on Kahekili Highway (340).

Note: I snapped the featured photo of visitors at the spouting Nakalele Blowhole. 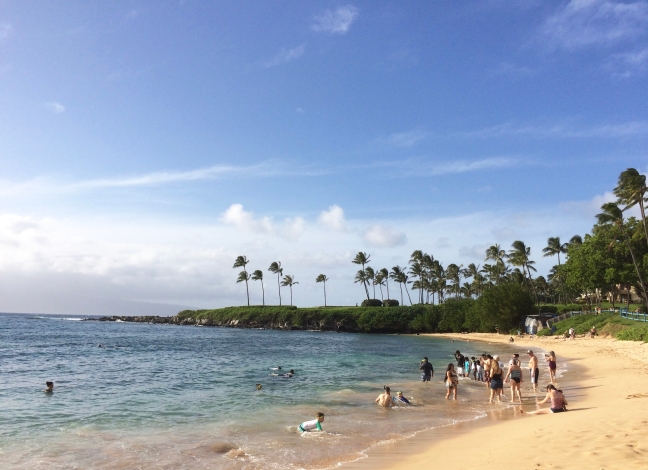 Third in a series of blog posts about Hawaii.

Plenty of bays and lagoons, off-shore reefs, lava rocks and sea life make snorkeling on the Hawaiian island of Maui a real treat. Here’s a list of the five best beaches to snorkel:

Ka’anapali Beach is one of Maui’s longest beaches (three miles) and most popular beaches. Located in West Maui,  it once was a retreat for Hawaiian royalty.  There are many resorts along the beach, but you can easily find spots that aren’t crowded. On the north end of the beach is Black Rock, a renowned snorkeling destination. You also can check out smaller Kahekili Beach, an extension of Kaanapali Beach separated by lava rock and a hotel. Named for Maui’s last king, Kahekili Beach offers good snorkeling, but watch for strong currents.

For those who don’t mind a bit of a drive and adventure, head to under-the-radar Honoloa Bay. Pros: Because Honoloa Bay is part of a Marine Life Conservation District that bars fishing, there always is plenty of sea life and coral if you swim out a bit from the beach. The left side of the beach is best for snorkeling. Cons: The shore is very rocky and narrow, so it’s not a place to lie and read a book. The shallow water is murky. Parking is farther away and can be difficult. There’s no sign for the beach; look for mile marker 32 off Honoapi’ilani Highway and cars parked along the side of the road at an S curve just after Slaughterhouse Beach. Walk along a marked path to the bay.

Along a protected bay in northwestern Maui near the historic whaling port of Lahaina, Kapalua Beach (in the featured photo by me at top) is a great place for young kids to snorkel. The tide pools, lava rock and sea creatures and two offshore reefs make for some fun snorkeling. Two sea turtles played in the shallows when I visited. During the winter, you may see whales in deeper waters.

I’m cheating here by combining three beaches in Wailea in South Maui, but starting with Keawakapu and traveling south, each beach is less two miles from the previous one. They all have great snorkeling and bathrooms and showers (at the south end of Keawakapu Beach).

Go to the southern end of Keawakapu Beach, which is just under a mile long, to snorkel amid patches of reef. Quarter-mile Ulua Beach offers easy snorkeling at its rocky north end. Warning: Parking at Ulua can fill up early. Two sandy crescents make up Polo Beach, which faces the Polo Beach Club and the Fairmont Kea Lani hotel. When the waves are small, snorkel around the rocky point at the north end of the beach.